Categories:  Behind the Scenes 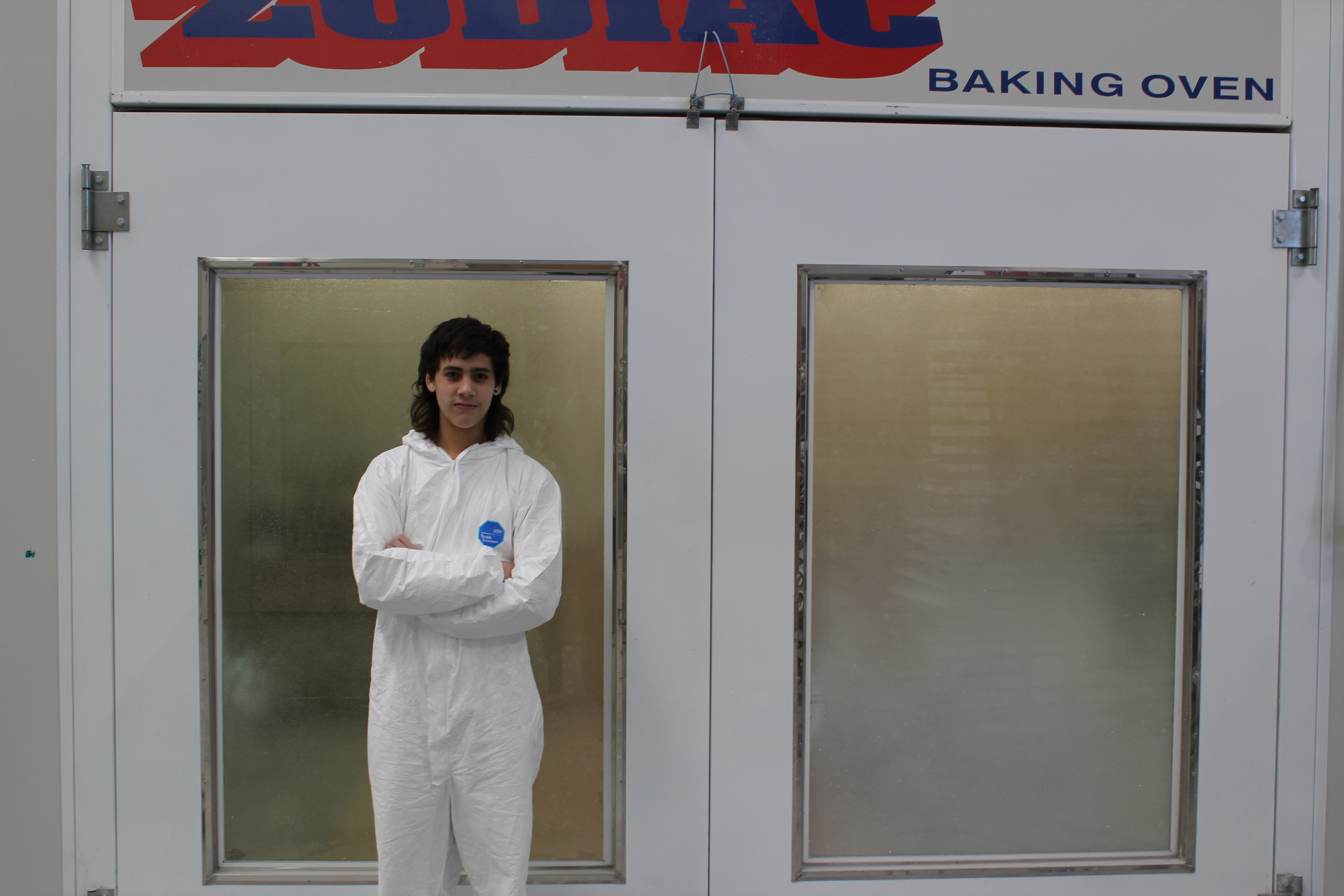 Adam, or Mighty Mouse as everyone calls him, is in his 2nd year as an apprentice at Dianella Polishing. He came to us when he was in year 12, after starting a furniture finishing program at TAFE.

Adam started sanding, then soon went on to undercoating. He has recently moved up to the enclosed spray booths. That’s quite an accomplishment for a 2nd year apprentice. He’s the only student in his class working in a spray booth; his classmates are still sanding or undercoating.

We had an opportunity to pry Adam from the spray booth to ask him a few questions.

Q: “Why did you decide to study at TAFE and get an apprenticeship?”

Adam: “I couldn’t deal with school … there was too much control. I wanted to be treated with respect.”

Adam: “I learned that prepping is the most important part of my job.”

Adam: “I want to keep spraying in the future — maybe cars.”

When not in the spray booth, Adam likes to hang with his mates and ride dirt bikes. Why is he called Mighty Mouse? Well, you’ll just have to ask him yourself.

Start your next project with us